The Department of Justice's Cyber Security division launched a 20 country coordinated takedown of the hacking website/forum Darkode, codename Shrouded Horizon. About 70 of its members have been identified and many arrested across the world, including 12 from America. Darkode has been a marketplace to purchase and trade hacking tools since at least 2008. It's considered the largest, most sophisticated English-language criminal marketplace in the world, and hackers go there when they need the latest malware, spam programs, and access to botnets and 0-day vulnerabilities.

Want to steal information from hundreds of Android phones? A member of Darkode was selling a program that does that for $65,000. Looking for a virus that can lock a computer or a network until the victim pays you a ransom? Darkode has that too. Darkode was the cyber clubhouse where all of these sophisticated hackers and coders could come together in secrecy and trade their wares.
Investigators say that while the forum's existence was widely known, they hadn't been able to penetrate it until recently. Darkode operated under password protections and required referrals to join.

Now however, if you go on Darkode.com, you'll see a splash board that indicates that it has been taken down by the FBI here in Pittsburgh and the U.S. Attorney's office. 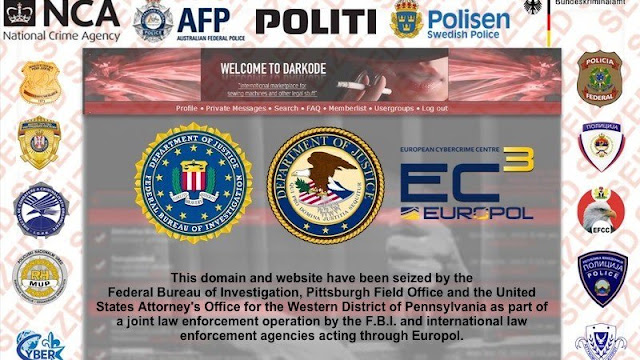 Here are the defendants who are facing charges in the U.S., from the Justice Department news release: 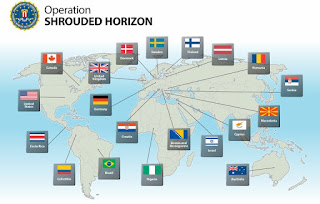 Here are some screenshots of what Darkode used to look like before it was taken offline:

Here are some screenshots of some of the files from the Hacking Team's data breach (the torrent is currently available at http://infotomb.com/eyyxo.torrent)

Posted by Unknown at 6:18 AM No comments:


This video covers installing the Tor Browser Bundle v3.6+ (older versions work too, there is just an extra step with the new version,) on Kali Linux. There are 2 errors you will run into when trying to install it, and I cover how to easily fix them.

Why does the Tor Browser Bundle (TBB) give us this running as root error? In any operating system, you want as to have as few processes as possible running at root (or any privilege above their requirements,) especially user processes like TBB or a textpad, games etc. This greatly reduces the ability for a hacker to exploit a flaw in the service and gain root access to your machine. A web browser is more prone to attacks overall because it runs unknown code from anywhere (JavaScript, malicious HTML, ActiveX, Java, PDF exploits, favicon, and many MANY more,) so it is best to avoid running any browser as root if possible!

Despite the Firefox and TBB developers' best efforts, it is possible that there may be vulnerabilities in TBB, and since there is no actual need for it to be run as root and the good people at Tor are concerned for one's safety, they add the warning/error. It is simple to create a non-root account on Kali and install it fine from there, but most people don't need/want to. If you are concerned about the items I mentioned, I'd recommend doing that, and just remember to use `sudo` to run any apps in Kali as root from your non root account.

To fix the second problem, change to the directory where the Tor files are, then type:
chown -R root *

Use Tor with Firefox Safari & Chrome for Mac OS X

If you have a video request you can let me know in the comments here or on my channel:
https://www.youtube.com/user/GarrettFogerlie/discussion

If you have a video request you can let me know in the comments here or on my channel:
https://www.youtube.com/user/GarrettFogerlie/discussion
Posted by Unknown at 9:48 PM No comments: